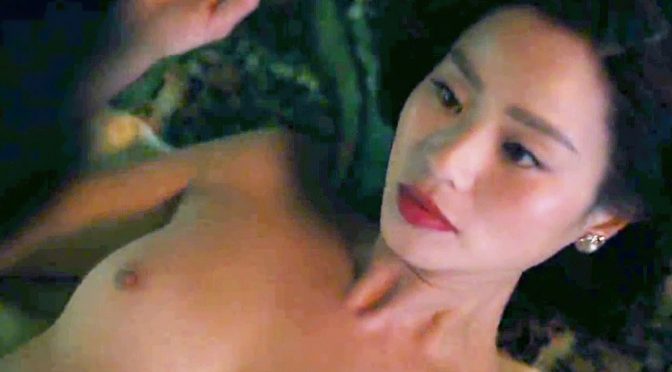 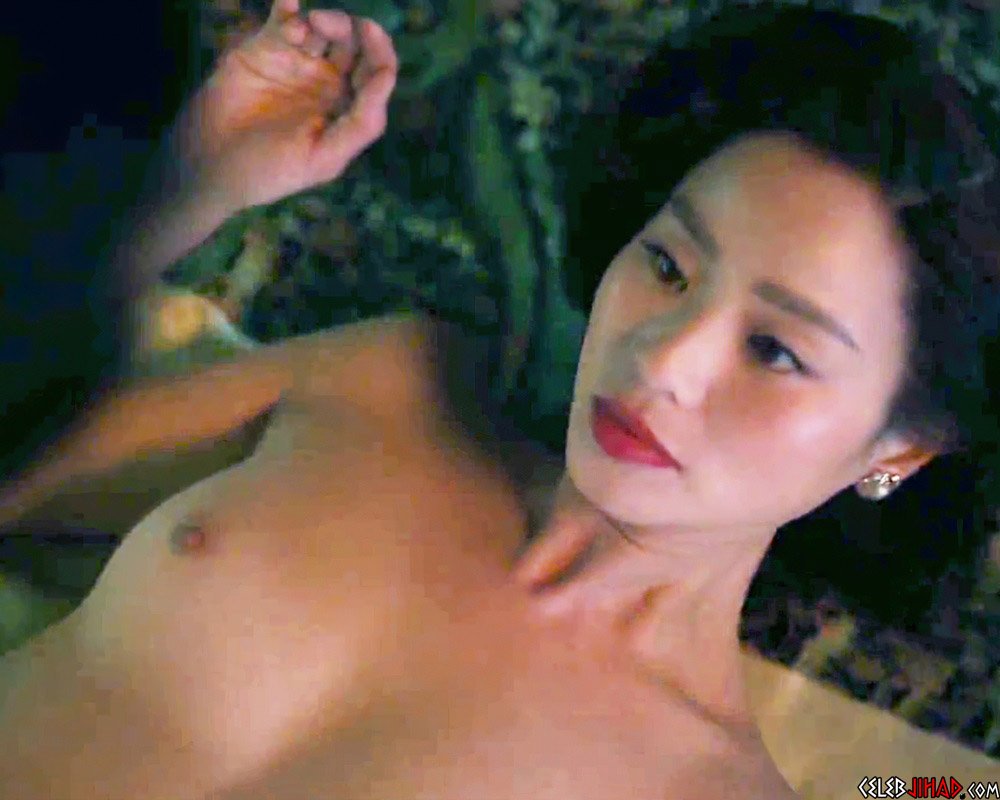 
Believe it or not this is the first time that Jamie has shown a clear shot of her tiny Asian areolas onscreen in a nude scene… Of course this has been a long time coming from a slant-eyed slut like Jamie, and frankly the only thing surprising about these scenes is that her pussy apparently tastes like fried chicken and pigs feet mixed with watermelon juice by the way that nig nog buck is going to town on it.

Speaking of which, despite constantly pandering to the Communist Chinese to raise shekels for their shitty movies, it is refreshing to see that the depraved Zionists who run heathen Hollywood can not help themselves and fetishize an Asian woman getting “blacked” by a savage Sub-Saharan… Of course people that eat bats and dogs probably won’t be too revolted by the nasty taste these scenes leave in their mouth.